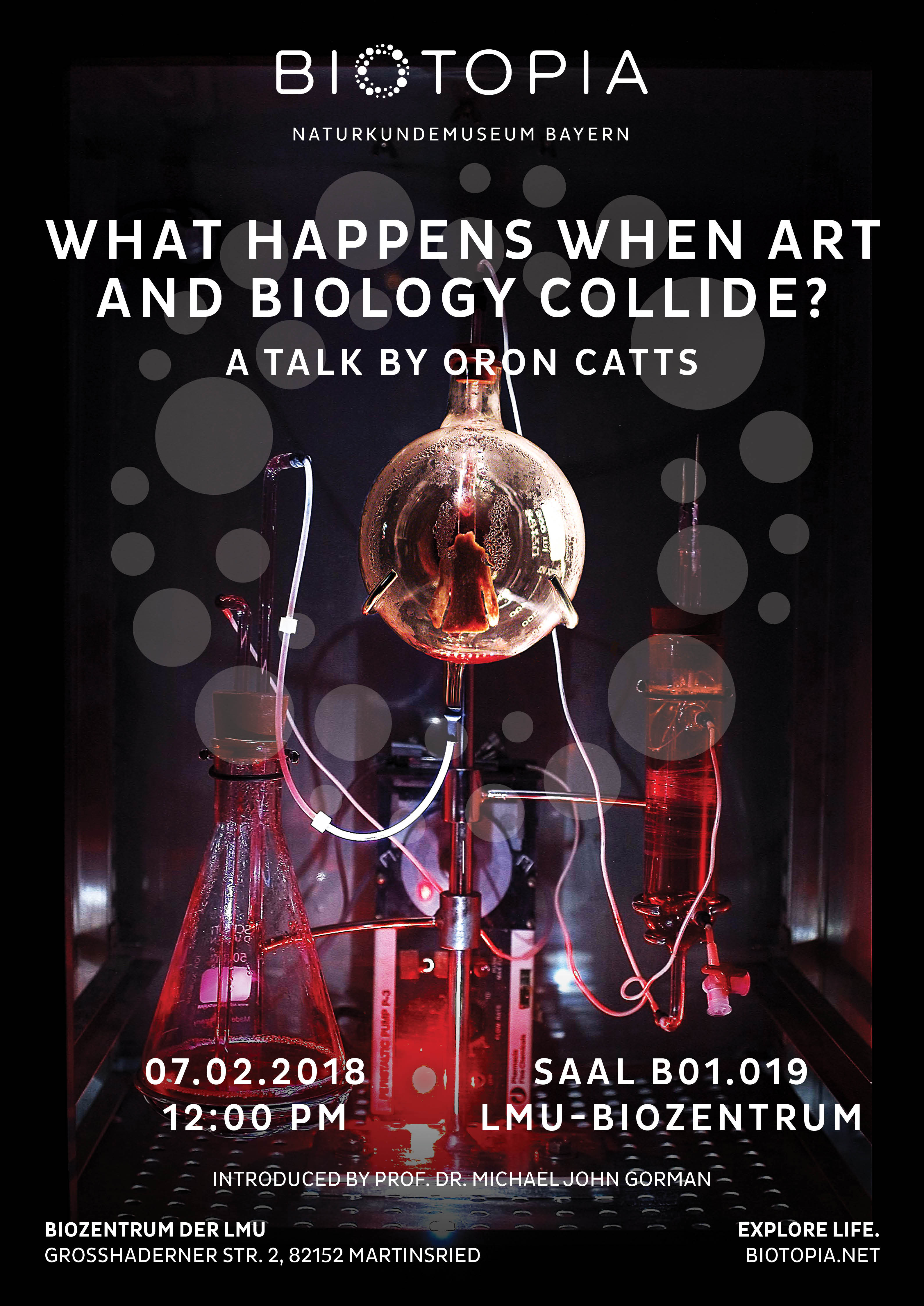 Oron Catts is the Director of SymbioticA, The Centre of Excellence in Biological Arts, School of Human Sciences, The University of Western Australia. Oron Catts is an artist, researcher, designer and curator whose pioneering work with the Tissue Culture and Art Project which he established in 1996 is considered a leading biological art project. In 2000 he co-founded SymbioticA, a biological art research centre at The University of Western Australia. Under Catts’ leadership SymbioticA has gone on to win the inaugural Prix Ars Electronica Golden Nica in Hybrid Art (2007) the WA Premier Science Award (2008) and became a Centre for Excellence in 2008. In 2009 Catts was recognised by Thames & Hudson’s “60 Innovators Shaping our Creative Future” book in the category “Beyond Design”, and by Icon Magazine (UK) as one of the top 20 Designers, “making the future and transforming the way we work”. Catts interest is Life; more specifically the shifting relations and perceptions of life in the light of new knowledge and it applications. Often working in collaboration with other artists (mainly Dr. Ionat Zurr) and scientists, Catts have developed a body of work that speaks volumes about the need for new cultural articulation of evolving concepts of life. Catts was a Research Fellow in Harvard Medical School, a visiting Scholar at the Department of Art and Art History, Stanford University, and a Visiting Professor of Design Interaction (2009-2012), and a Professor at Large in Contestable Design (2015-2017) at the Royal College of Arts, London. In 2012-2013 he set up a biological art lab called Biofilia - Base for Biological Art and Design, at the School of Art, Design and Architecture, Aalto University, Helsinki, where he was a Visiting Professor. Catts’ ideas and projects reach beyond the confines of art; his work is often cited as inspiration to diverse areas such as new materials, textiles, design, architecture, ethics, fiction, and food. Catts curated nine exhibitions, developed numerous artistic projects and performances. His work was exhibited and collected by museums such as MoMA NY, Mori art Museum, NGV, GoMA, Yerba Buena Center for the Arts, San Francisco, Ars Electronica, National Art Museum of China and more. His work was covered by The NY Times, Washington Post, Wired, New Scientist, Time, Newsweek and other TV, radio, print and online media.